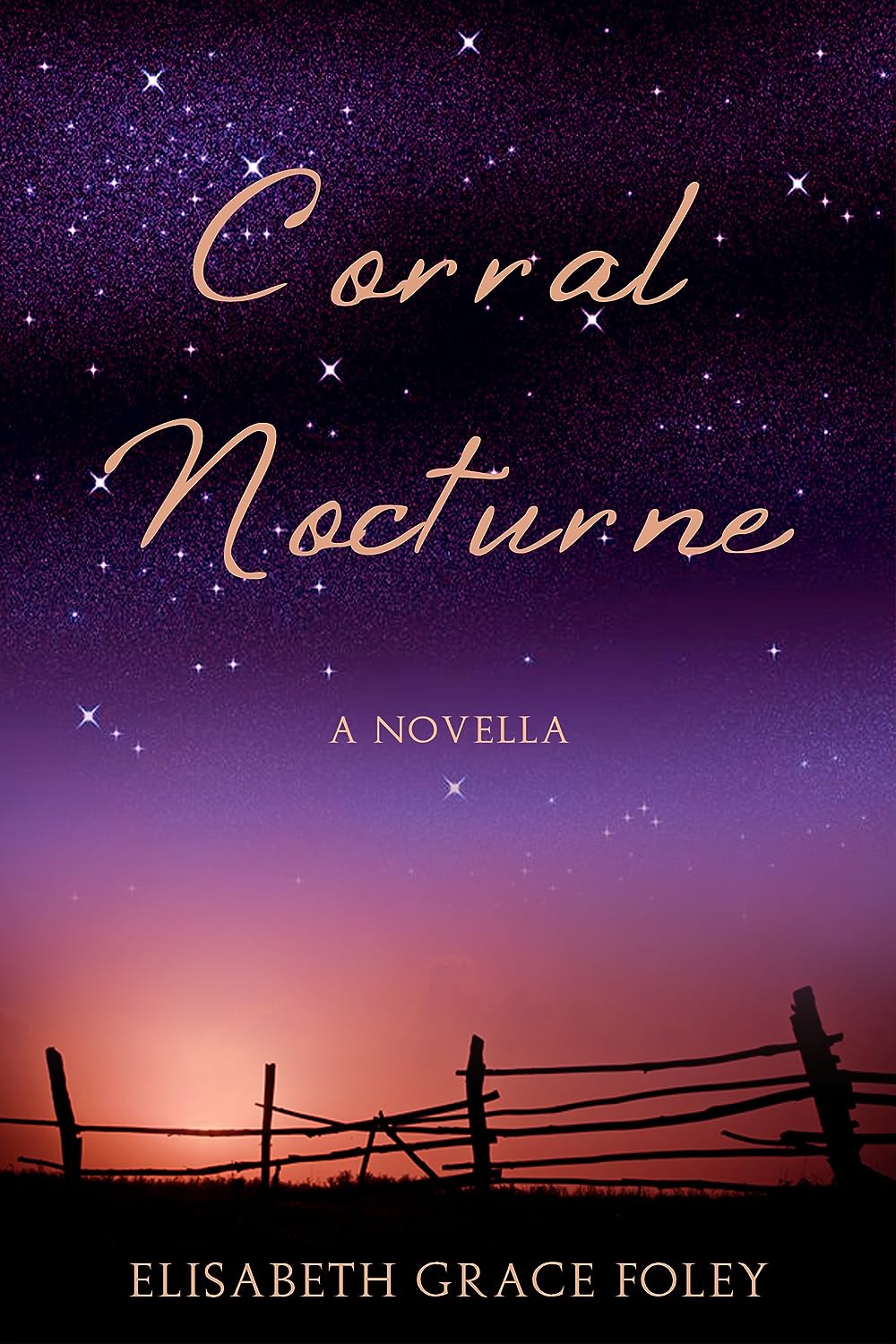 Summary:  Life on her brother’s ranch is lonely for Ellie Strickland. Ed’s ungracious manners and tight-fisted habits keep visitors away and his mother and sister close to home. But when Cole Newcomb, son of the wealthiest rancher in the county, meets Ellie by chance, he is struck by an unexpected impulse to rescue her from her solitude—and Ellie’s lonely summer is transformed.

When Cole asks her to go with him to the Fourth of July dance, Ellie is determined that nothing, from an old dress to Ed’s sour temper, will stand in her way. By the time the Fourth of July fireworks go off at midnight, will they herald only more heartache, or maybe—just maybe—a dream come true?

Ellie finished feeding the chickens, and stood for a moment holding the empty basket, watching them cluck and scratch and search in the dust for the kernels of grain. Then she turned and walked across the yard toward the little weathered frame house. The house, the low-roofed barn, the corrals and sheds made a half-circle around the hard-packed dirt ranch yard, and the garden patch lay east of the house. Sheltered by low hills, the ranch lay down out of sight of the main road. Few people came down the rutted track to the Strickland place. Those who did came on business with Ed—buying a cow, as today, or perhaps to borrow a piece of farming equipment; and they seemed to come rather of necessity than choice. Their infrequent comings and goings did little to affect the daily round of life. Though only five miles from town, the ranch was for Ellie a lonely place.

It was not a particularly hard life they lived here, though for Ellie and her mother there were often irksome extra tasks arising from rather unnecessary scrimping and making do. Ed was ‘tight’; he grudged every bit of new wire for mending a broken fence; he kept his cows as short on grain as possible and then complained when they did not gain flesh like the other ranchers’ cattle; he would never buy a new shirt when an old one could be patched. He was apt to grumble over small extra items in his mother’s modest grocery lists, and Ellie had long since given up asking for anything for herself, knowing she would only hear the familiar response, “But what for? We don’t need it.”

Ellie sat down on the front steps and put the basket down beside her. Ed was out of sight, and it was not yet time to start the midday meal, so she sat still for a moment and let the fresh breeze from off the prairie brush her face and flutter the edge of her calico apron. It was quiet—peaceful and beautiful, with the near-noon sun shining on wildflowers bobbing in the long grasses stirred by the wind. But today the quiet only served to remind Ellie that hardly anybody came down the road to the Strickland place, and those who did come disliked Ed Strickland so much that they never paid attention to Ed’s sister.

Ellie sighed a little, and scuffed the toe of her boot in the dust. She was eighteen now. A lot of the girls she had gone to school with in the little one-room schoolhouse over on Catlin Creek had beaus by now, who escorted them to picnics and dances and took them out for buggy rides on Sundays. Ellie and her mother seldom went anywhere except occasionally to church, for Ed disliked social gatherings and didn’t like to spare the team from work for them to drive anywhere. So they were cut off, to a large degree, from the other women in the area, who had plenty of acquaintances among their neighbors to keep them busy, and knew very little about the Stricklands except what they heard their husbands and sons say of Ed. And as for young men…well, the men that came out here usually left with a sardonic expression like John Bentley’s, and hardly even noticed that Ed had a mother and sister.

Ellie put her chin in her hand and stared away up the double-rutted track to the main road, with the green grass waving softly in its center strip. She was a quiet, practical girl, who simply accepted the little trials of her life that she could do nothing about. She did not spend her time pining for a beau—it was not a real cause of heartache, or something that constantly occupied her thoughts. But there were days, like today, when the accumulated loneliness of months made her heart weigh heavy; when she wondered wistfully how the right kind of young man was ever going to find his way down the road to her isolated home—and once there, what there possibly was that could make him want to stay long enough for a second look.

“No man in his right mind would want Ed for a brother,” she said aloud to herself, and then added as an afterthought, “and I wouldn’t want to marry the other kind.”

And with this reflection she stood up, looked round again at the sunny and empty horizon—empty of either kind—and then picked up the basket and went up the steps into the house.

Buy this story on Amazon.
Posted by Unknown at 12:00 AM No comments: