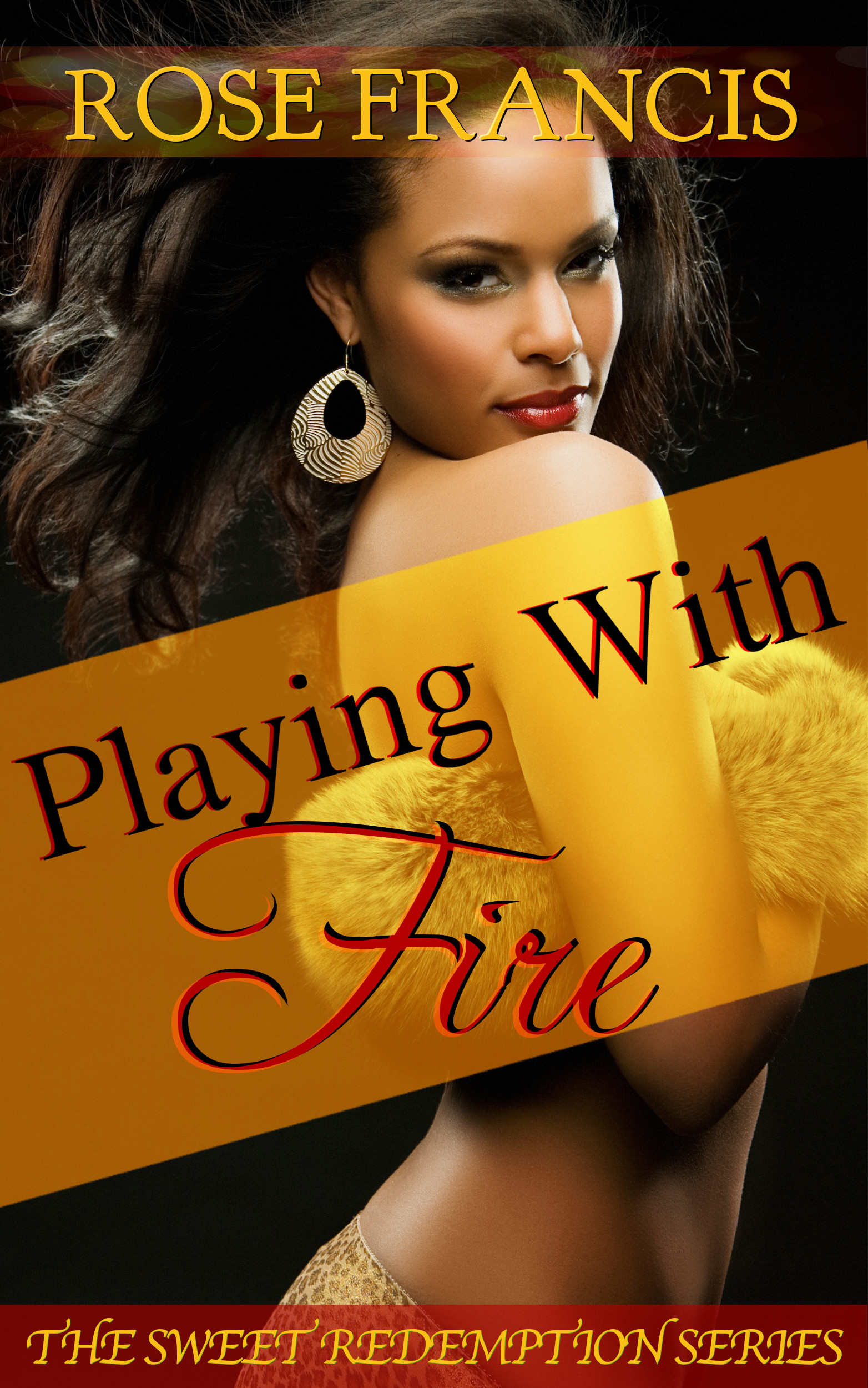 Summary:  Despite dumping her unfaithful fiancé, Janet Cooper has a hard time getting rid of him as he continues following her around, begging for her forgiveness.

Janet soon realizes her troubles are just beginning, especially since her new business partner Eric is an irresistible hunk and she has promised herself a three-month hiatus from sex.

But as her ex-fiancé gets more and more aggressive in his pursuit of her, she turns to Eric for strength and friendship, sending her ex into jealous rages.

The least of her problems becomes her fantasies of Eric and resisting her urges as she begins to see that playing with fire could leave her scarred for life.

Playing With Fire is the first in the Sweet Redemption series.


As Janet reached the elevator and the doors were about to close, she heard a male voice call out:

She held the elevator.

For a moment, she wished she had let it close when the man entered, for she was struck by something she hadn’t felt since she was eighteen when she fell madly and completely in love for the first and only time with a guy who broke her heart irreparably a few years later.

The vision before her was a man like she thought only existed in movies, and only then with the right lighting and camera angles: tall, broad shoulders, smoldering blue eyes, thick, glossy dark hair.

When he smiled at her, she thought for a moment that she had literally turned into a puddle. Then she felt silly when she realized her eye level hadn’t actually changed and she was still human, so she managed to smile back.

Her embarrassment didn’t help—she knew her cheeks had flushed at being stuck in such a small space with such a specimen, and that it would show even through her brown skin.

She couldn’t think and felt like her brain had shorted and shut down. She could only feel, emotions whirling in side of her for the minute or so it took to get to the seventh floor. At least it felt like a minute, as her body screamed at her—desire, longing, and shame coursing through her.

She tried not looking at him, focusing on the elevator buttons, then the floor—everywhere but at the Adonis next to her in a suit. But even his smell mocked her valiant efforts. His cologne, after-shave—whatever it was almost made her dizzy.

She thought she saw him smiling at her discomfort out of the corner of her eye, so she looked directly at him and immediately regretted her mistake.

His devastating grin erased her plan to firmly and confidently say hello.

How am I suddenly fourteen? she wondered. Some cute guy, clearly very fit under his suit with a firm jaw, and a beautiful smile, standing about six feet four and looking the epitome of an alpha male—and she loses it?

Get it together! she told herself as the elevator door opened.

The man indicated for her to exit first and she managed to do that, but she stood there, trying to get her bearings and remember why she was on this floor in the first place.

“708,” he said in a voice that climbed up her spine. “I take it you’re here for the Cooper reception?”

She nodded dumbly, then fell into step with him.


Buy this story on Amazon, Barnes and Noble or Smashwords.
Posted by Unknown at 12:00 AM No comments: