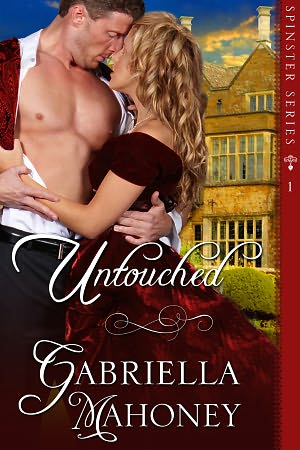 Summary: Book 1 of the Spinster Series

Jane Parker led an unremarkable existence and that was precisely the way she liked things. At twenty-seven, she was resigned to a life of spinsterhood and spent the majority of her time trying to organize her neighbor's lives. A simple life she had been content with until a handsome new vicar arrives in town that threatens to turn her world upside down...

This novelette is approximately 13,000 words.

Jane opened her mouth to retort but then bit back the scathing comment. She recalled her mission for this evening with regards to Mr. Cooper. Now would be the perfect opportunity to make peace with the odious man and have her life return to normal.

She placed her hand in his and was surprised to feel a shock shoot through her body when their skin touched. She looked up into his laughing green eyes and was perplexed by what she saw. There was humor, yes, but also the hint of something else. But she had no idea what that something else was and the thought disturbed her.

He escorted her to the terrace and they walked down the stone steps to the well-maintained garden. Jane inhaled the outdoor smells with relief and pleasure. White irises were everywhere, as the weather had remained unseasonably warm. The sounds of a nearby fountain tickled the ears.

Despite her bickering with this man, a ridiculous sense of contentment washed over her. His vital presence grounded her, making it impossible to think of anything else that she had to do. Taking a steadying breath she said, “Mr. Cooper there is something I would like to discuss with you.”

His expression remained serious but his eyes twinkled with merriment. “Another lecture, Miss Parker?”

“No… no, quite the opposite. I actually wanted to apologize for the things I said that morning. We were… still are, in fact… practically strangers and it was not my place to yell at you like a fishwife. It was rude and wanted to see if we could put this all behind us and star ov—“

Before she could take her next breath he had cleared the short distance between them, pulled her body toward his and began kissing her senseless.

Buy this story on Amazon, Barnes and Noble or Smashwords
Posted by Unknown at 12:00 AM No comments: