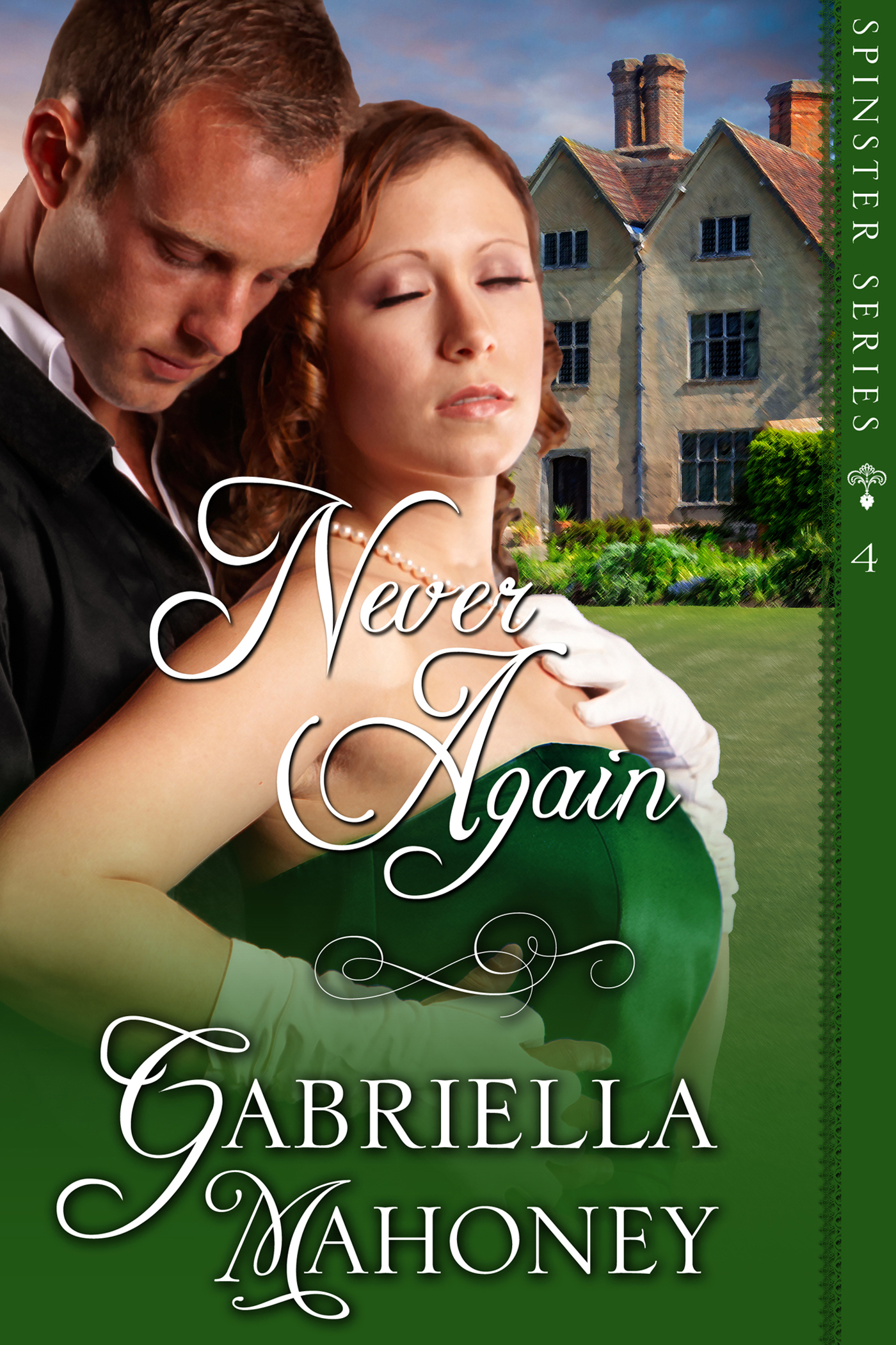 Summary:  Book 4 of the Spinster Series

A youthful romance that ended badly has rendered Mabel Hughes incapable of ever loving another man. Or so she thought. A self-portrait she painted and sold years ago crosses paths with wealthy businessman, Thomas Torrens. He is captivated by the hauntingly beautiful woman in the picture and is determined to discover her identity. Little does he realize that artist and subject are one in the same...

This novelette is approximately 13,000 words.

“I can, of course, bring you more selections, Mr. Torrens.”

Thomas raised an amused eyebrow at the aging art dealer. He was driving the man to the point of distraction and they both knew it. Mr. Simmons had been contacted a fortnight ago with a request for a selection of art from a variety of contemporary artists. A promise to make the effort worth his while made him reluctantly agree.

Thomas was used to the type of reaction the Mr. Simmons was giving him. An untitled man was never afforded the same respect as that given to a peer. It didn’t matter that Thomas Torrens happened to be richer than most of the English aristocracy. New money was almost always viewed with contempt.

“The selections you brought me are just fine. I can tell that you went to some trouble to acquire a few of these pieces. I’m merely taking my time. One should never take the job of patron lightly.”

Simmons sighed and took a few steps back as Thomas resumed his careful scrutiny of each piece. His approach was unusual since very few aristocrats actually bothered to become educated in the field of art. They supported artists as a matter of show rather than principles.

But Thomas took pride in his carefully acquired artistic taste, having originally spent his younger days as a painter’s apprentice. Ambition made him cut his art career short. He was tired of going to bed hungry and wanted his impoverished parents to live out their remaining days in comfort. Scraping together every shilling he could muster, he had eventually made his fortune through ruthless stock trading, loans and banking. His entire life now revolved around numbers. The occasional painting project in his precious few free hours was the only way he still felt human. Art and his daughter, Annabelle, were his two reminders that there was goodness in this life.

He wasn’t quite sure if his decision to become an art patron stemmed from his passion or his guilt. His career demands up until this point had made it impossible for him to do anything other than collect the occasional piece. But at seven and thirty years of age he decided enough was enough. It was high time he started doing something with his money other than buy yet another lavish country estate.

His eyes narrowed as he examined the work in front of him. It was a painting of a bustling dock at dawn. Fishermen setting sail and their wives cutting up the latest catch. The artist had done an exquisite job capturing all the unassuming details of the scene. His technique was flawless. It lacked… depth. Thomas could immediately tell that the artist felt no connection to these people.

He didn’t want to pick just any artist to sponsor. He wanted the artist to have that special something in their work. He wasn’t sure what that was but he would know it when he saw it. Scowling at the dock scene, he moved on to the next display. So far all of these artists struck him as the same: skilled but soulless. Was it really so much to—

His internal tirade was cut short as his eyes took in the next painting. He felt himself inhale sharply. Of all the paintings put on display around his library, this one was the smallest and most unassuming. It was the portrait of a beautiful woman with auburn hair and green eyes a shade or two lighter than his own. The artist had made no attempt to disguise the age. The subject was no simpering debutant but a fully mature woman with a mind of her own.

What arrested Thomas was the sadness. Few artists could capture such a rich and complex emotion. The woman was not blatantly crying. In fact, she was smiling slightly. But underneath that smile was the pain of disappointment and hurt. The kind of sadness one hopes to eventually overcome but never does.

Ridiculous ideas began to form in Thomas’ brain. He wanted to know more about the artist who painted this piece and, more importantly, he needed to know who the woman in the painting was. Was she a real person or a figment of the artist’s imagination? His eyes shot to the right hand corner, desperately searching for a signature.

“Ah, you have excellent taste, Mr. Torrens,” the Simmons ventured, seeing his chance to finally make the sale. “That painting is by M. Hughes.”

“What do you know about him?”

The dealer shrugged. “Not much. Keeps to himself mostly in a village called Bibury. I’ve never spoken to him in person. All of our business is done by correspondence. He doesn’t seem to have any notion to make a public figure of himself which is a shame because every time I get one of his pieces it sells almost immediately and for a very nice price.”

“I’ll triple whatever you’re asking if you tell me how to contact this artist.”

Simmons lurched in surprise. “I can’t give you much, Mr. Torrens…”

“Very well. Does this mean we have a deal?”

The two men shook hands but Thomas barely noticed as he continued to stare at his new acquisition. This sudden obsession came as a complete surprise to him. He had no logical explanation for it. All he knew was that he needed to uncover this lady’s secrets.

Buy this story on Amazon or Barnes and Noble.