"Made for Each Other" by Gabriella Mahoney (Historical Romance) 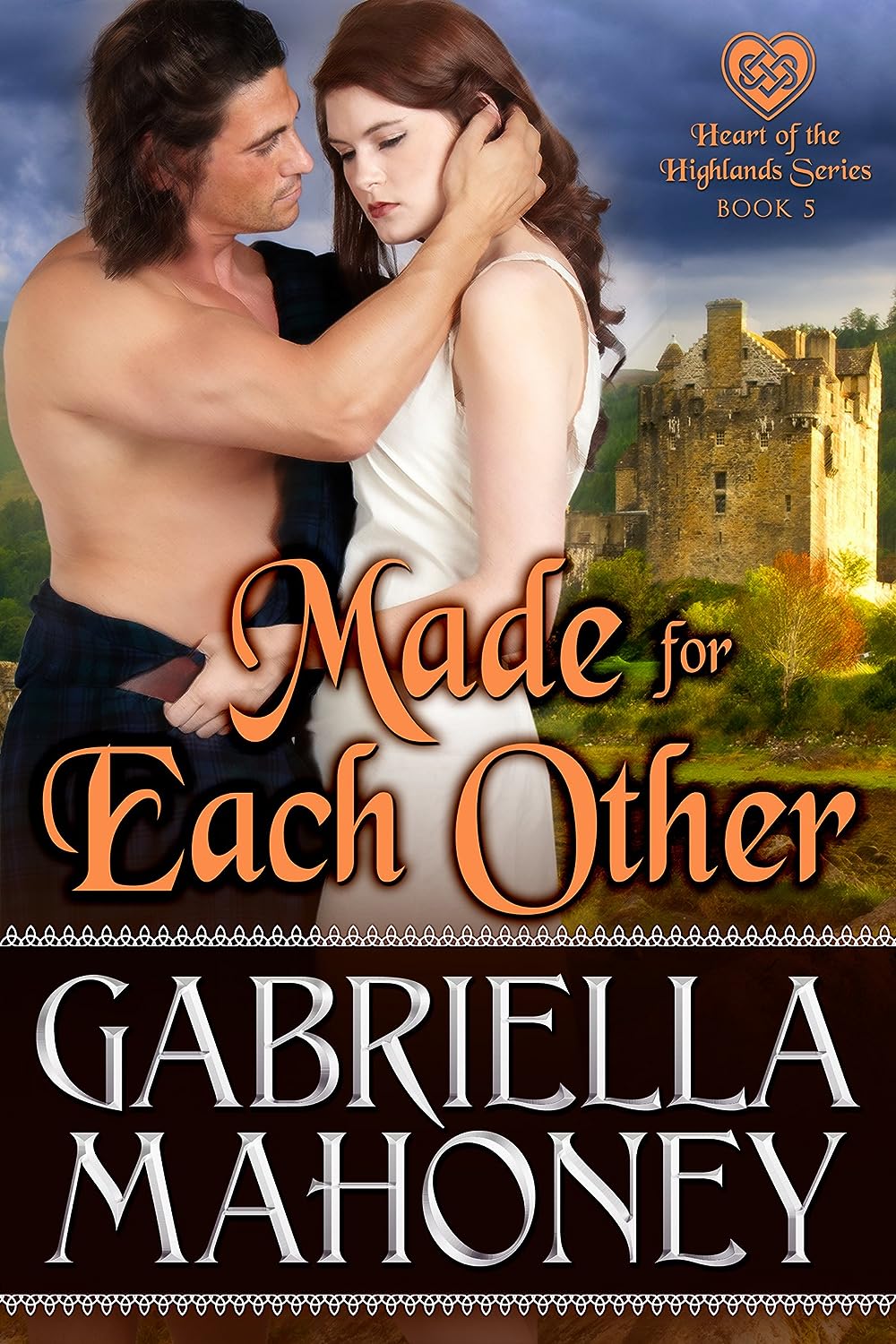 Summary: Book 5 of the Heart of the Highlands Series.

Spring has finally arrived and the enormous task of repairing Castle Carinben has been set squarely on Malcom Grant's shoulders. Being only an apprentice when his teacher died, it is a task he feels woefully under-qualified for. He needs help and the last place he expected to find it was from a beautiful woman hailing from the rival Campbell clan...

This short novelette is approximately 12,400 words.

He paused mid-stride at the sound of her voice. He said nothing, waiting for her to speak her peace. Kailey could tell that he was furious. It was no surprise; her father often had that effect on people. Wallace Birse may be a good father to her but he also had a well-earned reputation for being an overbearing tyrant.

“My father… he means well,” she started lamely. “He gets like that when he thinks I might be in danger.”

“Well tell him to direct his anger at someone else. Because all I see is a foolish old man.”

“He’s not a fool! At least, not when it comes to his work. My father was a stonemason and architect back in his prime. To this day his designs are unparalleled. He’s brilliant when it comes to some things. In fact, the only reason why we’re even able to eat is because of the special rabbit traps that he makes.”

“Lass, I’m sure your father is a good man,” he said with a sigh. “But I simply don’t have the time to try and convince him that he and I are on the same side. I have too much to do before I lose half of my workers to the farms for spring planting.”

“Nay… you misunderstand… I’m not trying to make you like him. I’m trying to offer to help.”

This made him raise and incredulous eyebrow. “You, lass?”

“Aye. My father isn’t the only one with ideas. I’ve grown up around him and the other craftsmen he worked with. He used to show me things here and there, thinking it nothing more than a daughter’s adoration. My father is good to me but he has always been set in his ways. He’s loyal to his clan and in his mind a man’s sphere should not cross over into a woman’s. A woman’s place is caring for bairn.”

“So why haven’t you married then?”

“Easier said than done with an ailing father, a war and living in hiding. Besides—“

Kailey considered her next words. She wanted this man to understand her but she also didn’t want to appear as if she was throwing herself at his feet. This conversation had played out much more smoothly in her mind when she ran out of the cottage to stop him. “I…I haven’t…that is…I haven’t found the right one.”

Buy this book on Amazon or Barnes and Noble.