"Its Own Season" by Viola Solaro (Science Fiction Romance) 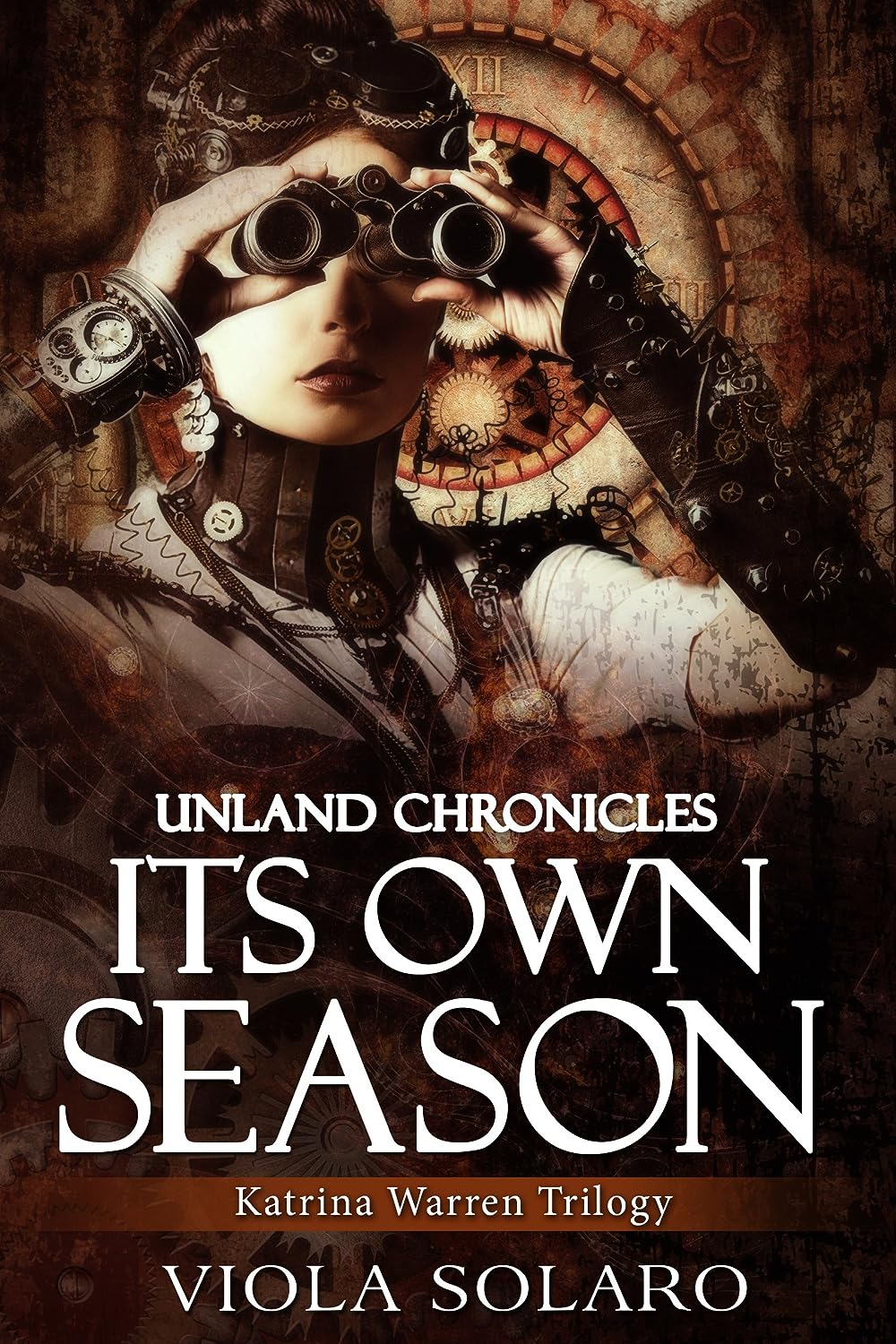 Captain Griffin knew my secret. How many sleepless nights had I suffered while hoping that some day I would be in exactly the position I’m in right now?

Well, maybe not exactly this position. In my mind the whole conversation would have played out more advantageously. Captain Griffin would admit that I was an invaluable asset to the crew and have me become a full-fledged member, woman or not.

The way things were going I doubted such words had even crossed his mind. I love him but I will not have that man dictate my life. I will either convince him to let me stay on board or I'm going to escape to another airship.

When I came to I did not know were I was. I was alive… I hoped. Reality was strangely mixed with my fading dreams. I dreamt about that time in the rain again. Only this time I was twirling beneath the tree. The light was so pretty. I was at home again and felt safe. My greatest concern was the innocent pleasure I took in escaping the house to play outside.

But I wasn’t at home. Not my childhood home at least.

Awareness of my surroundings began to slowly take hold of my senses. I could hear the distant hum of a steady engine. I was on an airship. But not in my hammock. I was far too comfortable and these bed clothes had the wonderful heady smell of a clean man. But if I wasn’t in my hammock then where...?

More recent memories came floating back. There was an attack. I remembered the horrible half-machine, half-man creatures boarding our ship. One of the assailants had been taking aim at Captain Griffin…

I gasped and bolted upright. Pain lanced through my arm as I clutched at the sheet that nearly slipped down and, therefore, exposing my secret. Captain Griffin was sitting in the corner at the table. I could tell from his grim expression that my efforts were in vain. He already knew.

I swore a string of unladylike oaths under my breath.

Buy this story on Amazon.

Posted by Unknown at 9:16 PM No comments: