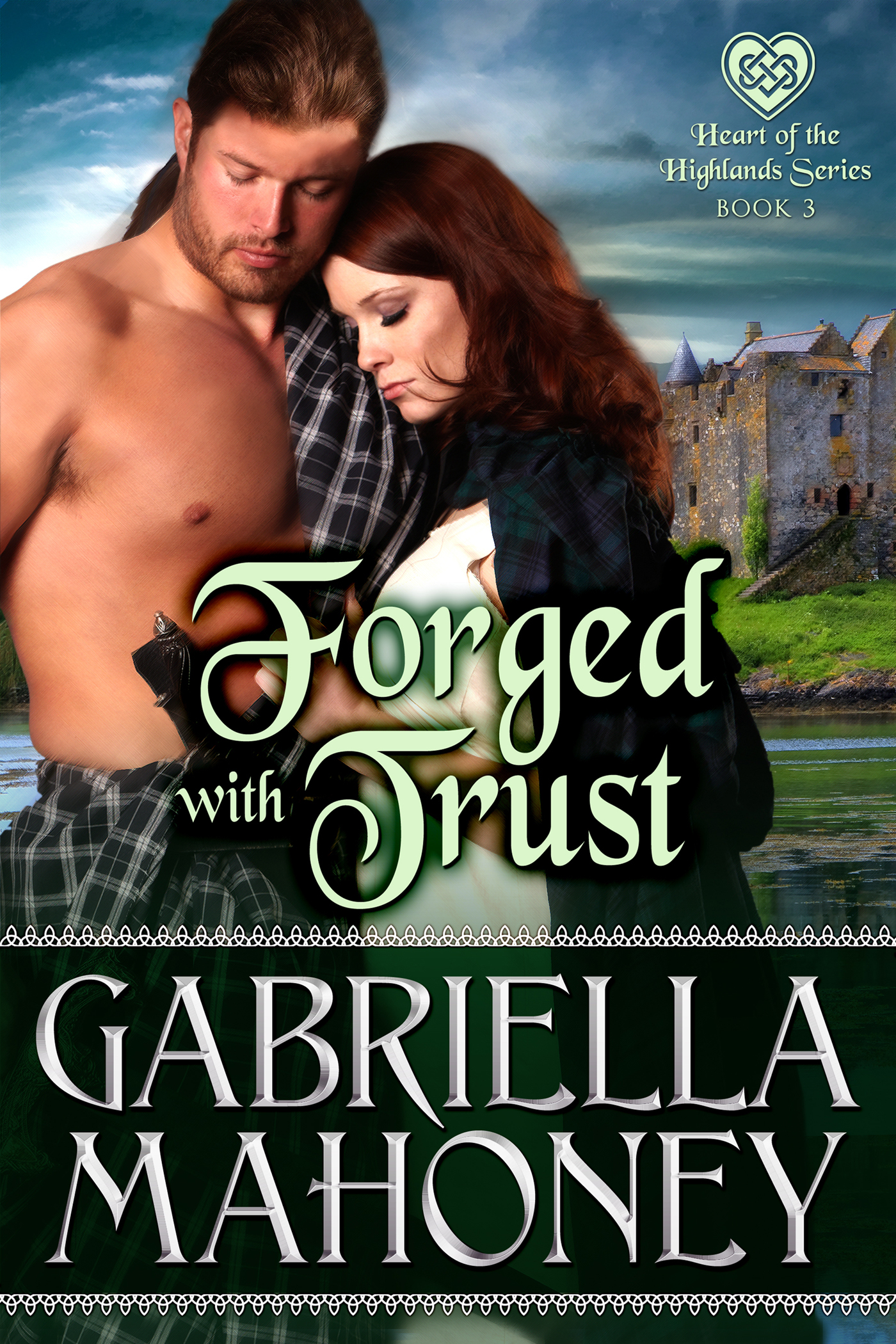 Summary:  Book 3 of the Heart of the Highlands Series.

Betrayed by his mother and left by his betrothed, Payton Reid has no reason to trust women. Especially the woman that broke into his forge to steal his tools... twice. He has every reason to turn the spirited lass in yet the information that she knows could stop the violent attacks on the broken MacKinloch clan. But will his clan be the only thing Payton ends up saving?

This short novelette is approximately 11,300 words.

Beatrice Duff blew into her hands in a futile effort to warm them. A few hours ago the split second of hot breath seemed to make a slight difference, now it made none. She wasn’t sure if it was because her hands were utterly frozen or if her breath had dropped in temperature. Perhaps both. Having dry boots was a distant memory at this point. The only thing that kept her from freezing to death was the fact that her spying spot by the stables provided a buffer from the wind.

If only that damned smithy didn’t take so long! How many hours did it take to craft a sword? Beatrice was sure at this point that he had exceeded the average. She had thought that it wouldn’t be long before his muscles would tire, making him turn in for the night. She was wrong. The man seemed to be an endless font of energy. Cooling the blade, reheating it, hammering, cooling, reheating… it was acute torture to watch as her every limb froze and he became more and more sweaty.

Still, it was a pleasant view. She may be turning into an icicle but she would have to be a corpse not to appreciate the way the smithy’s thick, brown hair fell across his face as the muscles in his back rippled in the glinting firelight. Beatrice also didn’t miss the look of intense focus on his face, like nothing else in the world mattered but the task at hand. She wondered what it would be like to have a man look at her like that while he leaned in for a kiss. The thought made her shiver in pleasure.

It was well past midnight by the time the smithy seemed to reach a stopping point. After inspecting it carefully he set the newly formed blade on a table and went through a back door that must have lead to living quarters. Beatrice wanted nothing more than to leap on the now-cooling embers in an effort to thaw but she forced herself to be patient. She had already made it this far. She couldn’t afford to get caught. Not now.

Buy this story on Amazon, Barnes and Noble, or Smashwords.