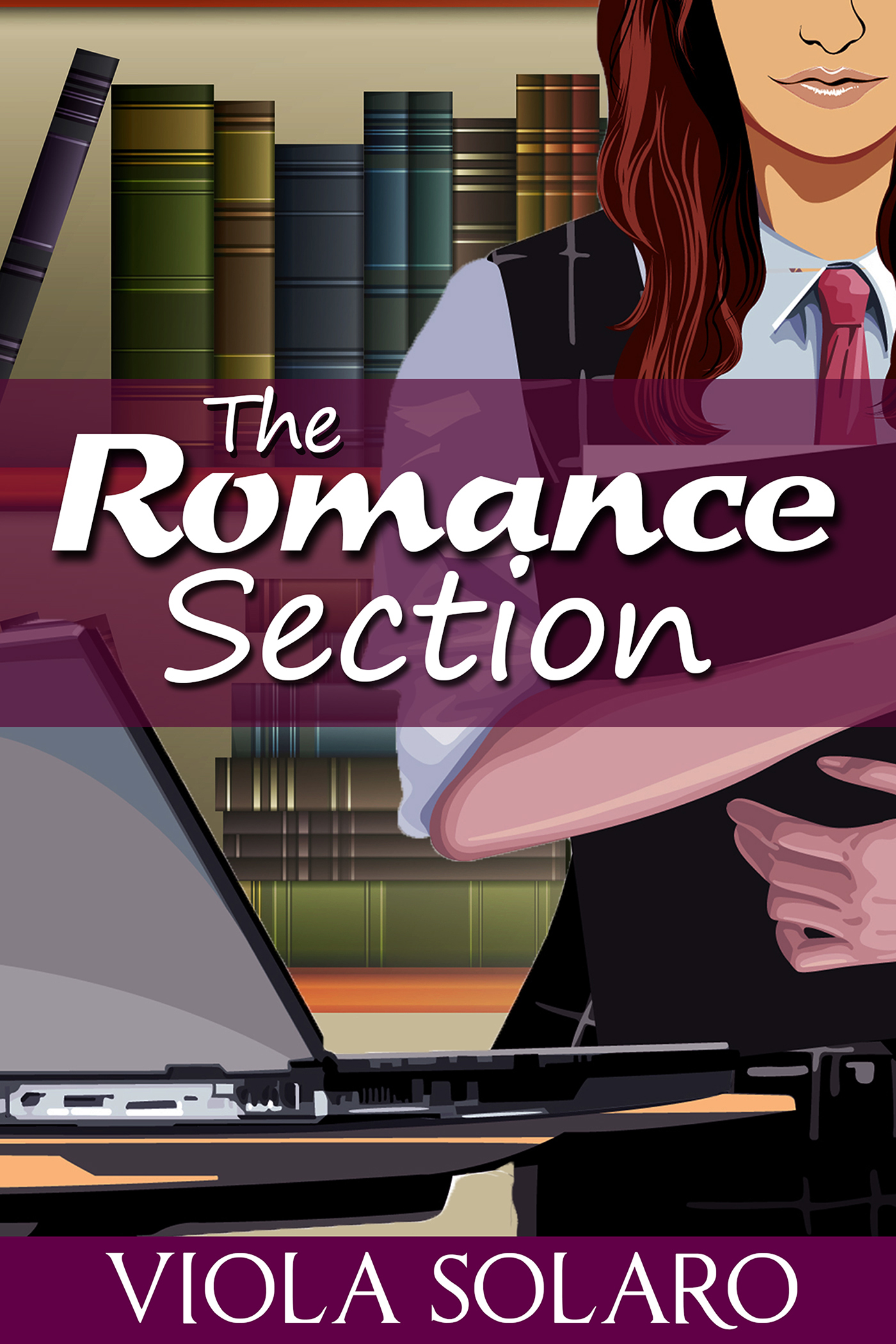 Summary:  I'm an introverted, gamer-geek librarian. Which is pretty much the perfect recipe for modern-day spinsterhood. And now the dreaded trifecta of holidays is approaching: Thanksgiving, Christmas and New Year's. They used to be my favorites growing up until somewhere along the way I crossed that hazy line where I was supposed to be “dating” someone and my relatives seem to have fewer and fewer qualms about setting me up. It's not like I want to be alone forever. I just want to find a guy that is willing to sometimes talk about things other than gaming. Someone who has dreamy brown eyes and reads science fiction. Someone like that man who just walked into my library...

Working in a library also makes me feel like I’m putting my double majors in literature and business management to good use. My true passion is literature but my parents refused to help pay for college unless I studied something “useful.” It’s an opinion but unless you’re really one of those go-getter types I think that business management has to be the most useless major. For one thing, who doesn’t have one? Makes it a tough sell to any potential employer. Plus, I’m not a go-getter.

Anyway, so here I am. Working at the city library in a suburb outside of Seattle no one has ever heard of. I’m twenty-eight. And to top it all off the dreaded trifecta of holidays is fast approaching: Thanksgiving, Christmas and New Year’s. To be fair, I have nothing against these holidays and what they represent. They used to be my favorites growing up until somewhere along the way I crossed that hazy line where I was supposed to be “dating” someone.

It was subtle at first, most inquisitions are. Only the last two years or so have things bordered on intolerable. I know my family loves me but getting set up on a blind date with my aunt’s hairdresser’s son is going a little too far. I swear I can practically hear the alarm on my mother’s grandbaby biological clock going off.

It’s not like I’m some sort of man-hating, anti-marriage woman. I’m just picky. Blame my introverted tendencies if you will but there are only a handful of friends I can tolerate being around for an extended period of time. Why would dating be any different? If I already know the guy is going to be a complete idiot then I would much rather spend my evening reading a book or grinding out levels in Guild Wars 2. At least then I can destroy any annoying people with a well-placed mace to the face… in the computer game, of course.

This pretty much sums up my (lack of) dating experience. And I’m sure you can understand now why I’ve been torn between faking a horrible disease and biting the bullet for the sake of eating turkey. The arguments for both sides are rather compelling. Which is a good thing since today was a slow day at the library. Contrary to popular belief, it doesn’t rain constantly in Washington. It rains in bursts. It’s pretty rare to have days of non-stop downpours.

Washington natives aren’t easily daunted by weather but after three days of driving rain your motivation to go outside is low. I didn’t even want to go in to work today but reconsidered when I realized I had nothing else to do except mope around my apartment and watch BBC dramas. A decision I was beginning to regret. I had run out of things to do hours ago. Every bookshelf was immaculately organized (I checked). All the returns had been put away. I even dusted the archives. The only think I hadn’t done was vacuum the carpet but that was next if no one showed up in the next hour (you have to pace your time-killing projects).

Fortunately I heard the glorious jingle of bells on the front door. I tried not to appear too obvious as I peered over the counter to see who it was. We librarians get a bad enough rap as it is. No need to add “creepy” to the list.

In walked a guy in his early thirties. He was cute in a geeky sort of way with scraggly brown hair, a rumpled jacket and the shadow of a beard from forgetting to shave. My heart did a mild flip. If I ever had a “type,” this guy would be it. Call me weird but I don’t like men looking more groomed than me. Most days I sport a vintage looking shirt, jeans and Converse. I do just enough to my curly hair to keep me from turning into a frizz monster. Makeup is only applied on very special occasions that don’t involve my mother (can’t have her getting any ideas).

“Yes, I believe you can.” He pulled a rumpled piece of paper out of his raincoat and handed it to me. “I’m wondering if you have any of the books on that list?”

Buy this story on Amazon, Barnes and Noble or Smashwords.
Posted by Unknown at 12:00 AM No comments:

"Rules of the Heart" by Gabriella Mahoney (Historical Romance) 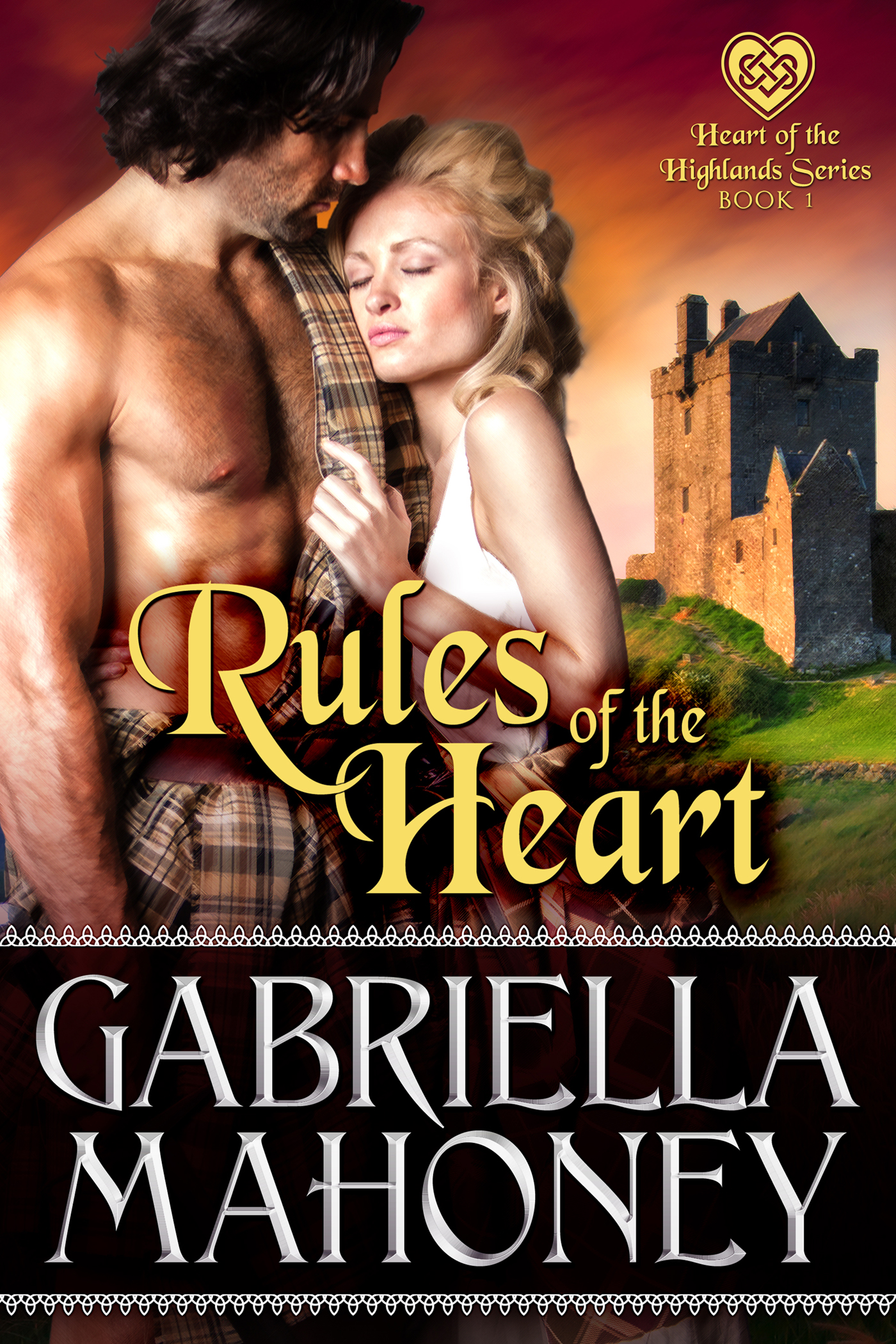 Summary:  Book 1 of the Heart of the Highlands Series.

Years of war and occupation have left the MacKinloch clan in ruins. The old laird is dead and Alec is left to inherit little more than a broken down castle and a marriage contract to a woman he has never seen. So long as his wife knew her place and didn't fuss when he claimed his husbandly rights Alec would consider it a good arrangement. Little does he realize that that his new bride has some ideas of her own...

Lara didn’t even so much as flinch when two screaming boys tore through her room in the midst of a wooden sword fight. Frankly, she was glad of the distraction as it kept her from thinking too hard about the fact that she was going to be married to a complete stranger in just a few hours.

As she put the finishing touches on her hair she could hear her father outside hooking up the cart that would take her to the chapel. Her mother bustled about with the energy of someone half as young and not eight months pregnant. Lara had no idea how her mother managed but she supposed that after four miscarriages and eight living children the woman was more used to be being pregnant than not.

Even though Lara was terrified over the prospect of leaving home she kept these fears to herself since she knew her family, especially her mother, was absolutely thrilled over the match. More than once she had overheard an uncle or a cousin bragging to any random merchant that would listen that the Thompsons would be forming an alliance with the MacKinlochs. They would be related by marriage to a laird.

It was all well and good for them to brag. They didn’t have to share a bed with man that could be twice her age for all she knew. Lara tucked and plaited the MachKinloch plaid that was to be her wedding dress. The dark reds and blues flattered her fair complexion and seemed to make her eyes appear even more intensely green. At least something had worked in her favor that day.

Her mother came over and helped her to straighten the plaits. “Oh, my dear, you are truly a bonnie lass. The laird is a lucky man to be marrying you.”

Lara gave a thin smile. She loved her family and she knew her mother would miss her. But she also knew it would be a great relief to have one less mouth to feed, especially with a new little one on the way. Her brothers stopped fighting for a split second to express their admiration. “You look like a fairy princess!” the youngest one exclaimed.

Lara genuinely grinned at that. “A fairy princess that can still beat your arse in a wrestling match!”


Buy this story on Amazon, Barnes and Noble or Smashwords.