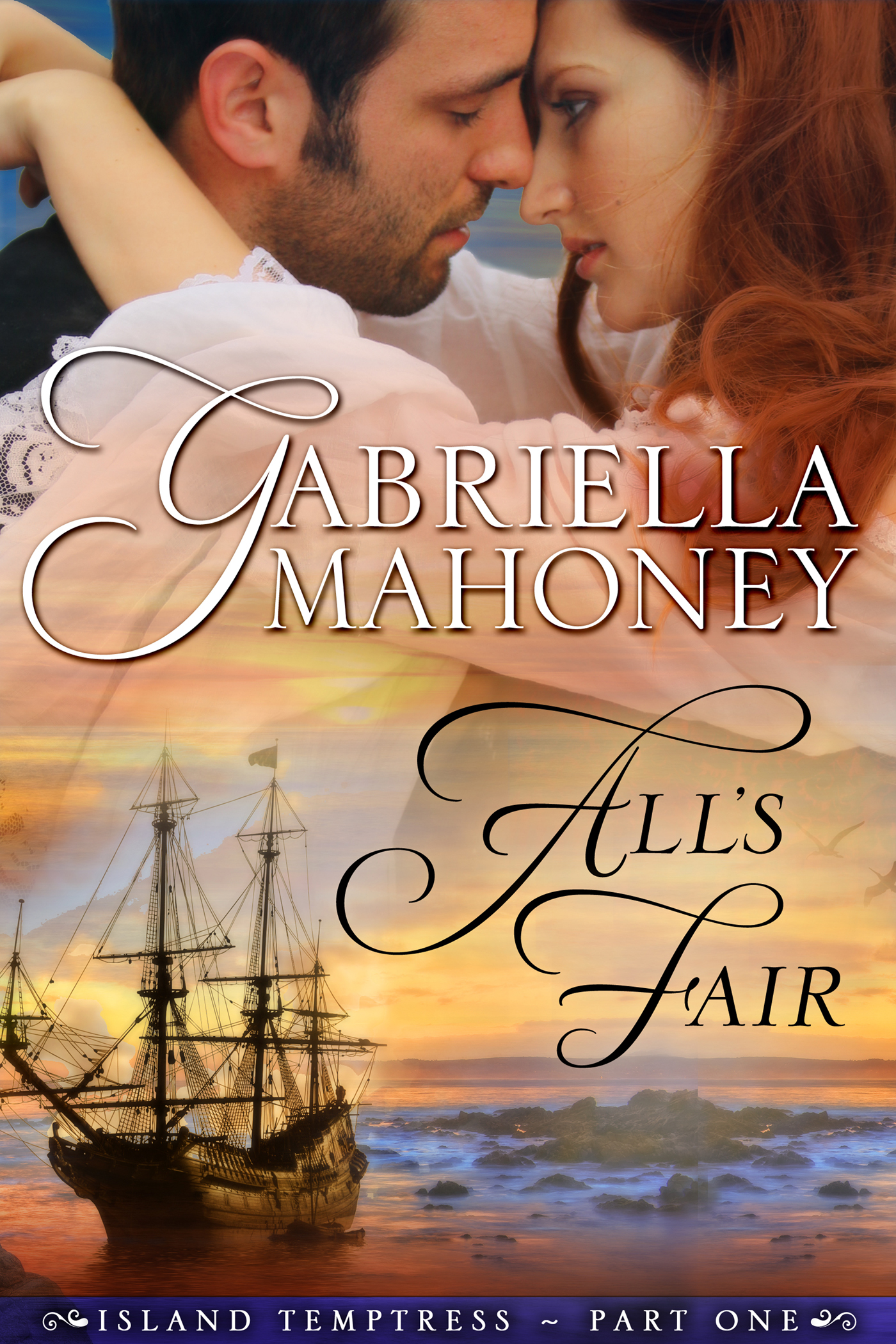 The dashing Captain Stephen Garrott has never known bad luck until the fateful day his ship is attacked and run ashore by French privateers. His crew is dead and he is stranded on an island full of savages. With his uncertain fate hanging in the balance the last thing he expects to find is the woman of his dreams...

This short novelette is approximately 15,000 words.

Clara glanced about wildly. The ship was going down. She could either follow the crew’s example and jump into the frigid water or go down with the boat like the heroine of a wretched play.

The icy water immediately knocked the breath from her lungs. Her heavy petticoats worked against her flailing arms as she struggled toward the surface. Wreckage from the doomed ship was now dropping into the water everywhere. Clara knew that she had to get away from this area or she would soon suffer the same fate at her father. And even if she avoided being struck she would not last long if she remained in the water.

With no rowboats in sight she swam toward the largest piece of wreckage in eyeshot. From the looks of it the piece of wood might have belonged to the hull. Clara pulled herself onto the floating debris, positioning her body in a way that kept her from toppling back over into the water. The exertion had drained her body of energy. If her heartbeat wasn’t hammering so hard she might have fallen asleep on the rough surface then and there.

The churning waves pushed her further and further away from the wreck. Clara turned her head and watched with morbid fascination as the ship finally gave up its struggle to stay afloat and broke in half with a loud crack of splintering wood.

In a way it was the perfect burial service for her father. He had devoted his life to his work and Clara could think of no other way he would rather leave this world than going down with his ship. Clara couldn’t help but feel a pang in her heart. She had barely known the man but she had now lost both of her parents. She was completely and utterly alone.

Clara warily eyed the grey waters swirling around her.

She had no idea where she was other than a vague notion that they had been sailing south from England. She had no food and no supplies. Her clothes were damp and the water was only slightly above freezing.

Clara pressed her lips into a grim line. She had wanted to see the world so badly. She had walked on board the ship, blatantly ignoring any possible risks. It seemed probable now that she would not survive her first and only adventure.

Buy this story on Amazon or Smashwords.